This has become one of my favorite among my Mario Maker levels. Mostly because it's very challenging but I hope not in an unfair way: 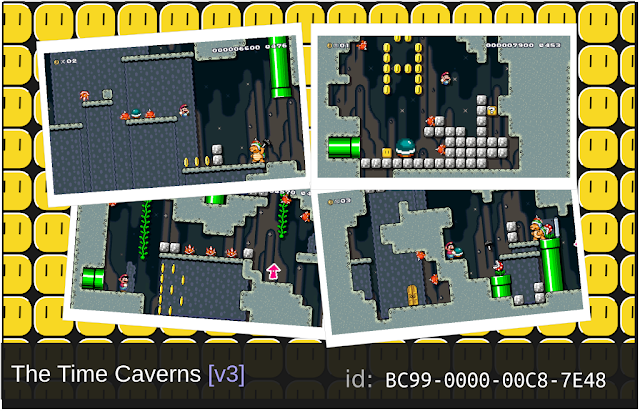 The id of the current version is BC99-0000-00C8-7E48. I posted the first version in /r/MarioMaker and it was decently received. But it was much harder than I intended, with only one person beating it after 24 attempts. I don't want to make levels super hard because those do badly in 100 Mario Challenge and I have very little chances for exposure.

What's interesting about this level besides of the tough enemy combinations is that it has a special system. There are 3 occasions in which at the end of an area there is a P switch, and depending of how long it took you to reach the P switch from the start of the area, the P switch will make a different vine appear that will take you to a distinct area. In this level, this feature is first used to give you a grade A or B and assign a special sub-area, depending on how well you did in the first area. Then in the second area if you took too long it will take you to a slightly longer version of the third area. And the third area is very special, at the end it will tell you a grade, either A+, B or F and end the level. Try getting an A+, it's "fun".

Two days ago, Nintendo announced that they will finally add checkpoints to the game. But the past attempts to add unofficial checkpoints to the game weren't fruitless. A common idea was to use P switches and Vines or Bob-bombs to maybe unlock certain areas depending on a password you input. This idea can be adapted to things other than passwords. In this occasion, the 'password' is replaced with 3 blocks attached to a track. It will take the blocks a while to reach the position below the Muncher and stop the Muncher from falling and blocking the Shell's path. The shell's path then determines which Vine to open. 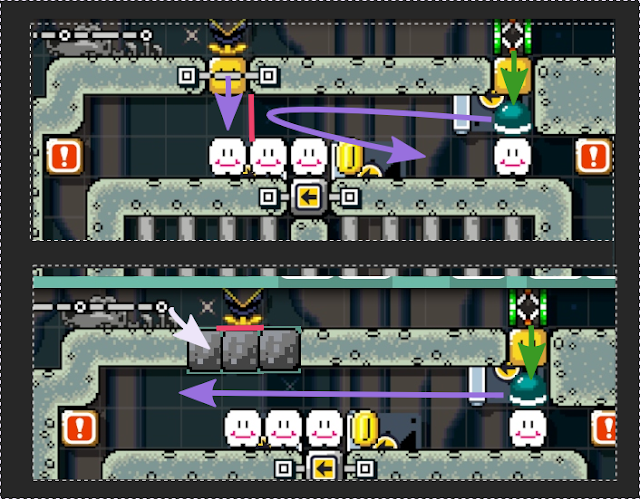 I hope someone is reading this blog and enjoys the level.
Publicado por vexorian en 12:19